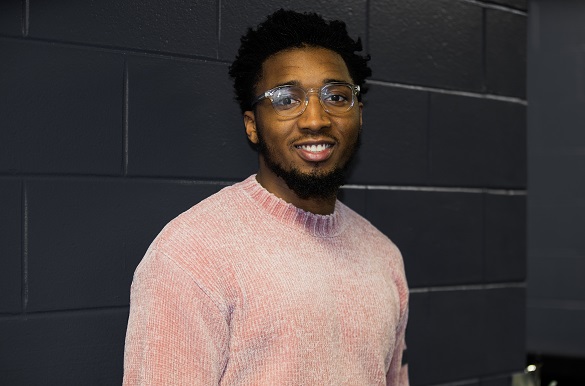 “Donovan Mitchell is a favorite of basketball fans and our community because of his commitment to excellence, education and social justice,” Watkins said. “He shows by example what one person can do to influence the lives of countless others and how to step forward to advocate for change with grace and goodwill.”

The university’s general campus-wide commencement will take place virtually on Thursday, May 6, 2021, at 7 p.m. at utah.edu/live. In-person college convocations will be held May 5-8, 2021.

On and off the court, No. 45—Mitchell selected this as his jersey number in honor of NBA legend Michael Jordan—is known as a team player and community builder who is passionate about education and social justice.

In January, the NBA awarded Mitchell the offseason NBA Cares Community Assist Award, presented by Kaiser Permanente, in recognition of his commitment to advancing social justice and educational access, particularly for students of color.

“My goal is to continue to inspire and encourage youth, from coast to coast, with an emphasis on the importance of education,” Mitchell said after receiving the award, according to an NBA release.

Kum said he is "incredibly excited for students to hear from Donovan Mitchell. He has long been one of my favorite players, not just because of his abilities as an athlete, but also for his inspiring leadership, his genuine commitment to our community and his willingness to speak up on social justice issues.”

“He is a role model in every sense of the word, and I know his comments will be a light for many," Kum said.

Mitchell appreciates the Jazz organization’s commitment to offer a four-year scholarship—covering tuition, books, fees and room and board—to an underrepresented student each time the team wins a game. The scholarships can be used at one of six universities in Utah. The team will award 30 scholarships, representing the team’s first 30 wins of this season, for the 2021-22 academic year; scholarships representing additional wins this season will be awarded in the 2022-23 academic year.

Mitchell told the media in January that the scholarship initiative was “one of the coolest things in the world.” He observed firsthand the power of education to transform lives while growing up in Greenwich, Connecticut. His mother, Nicole, worked for the Greenwich Country Day School, which Mitchell attended from third- to ninth grades. In December 2020, after receiving a maximum contract extension from the Jazz, Mitchell and his family pledged to donate $12 million to the school.

“When we were in the Bubble, we were talking about different ways to impact our communities,” Mitchell said in a story posted on NBA.com. “For me, the biggest thing was education. We’re at a place in the world where people aren’t as informed as they should be. And where do you learn? You learn in school.”

With this donation, Mitchell is giving children of color and children from underserved neighborhoods access to the best possible education through the Mitchell Family Scholarship Fund. This program will assist Greenwich Country Day School in providing need-based aid for students in grades Nursery through 12. In addition, he is building a new gymnasium for the school where “it all started” for him; and providing financial assistance to teachers, whom Mitchell called the “unsung heroes” of the nation’s educational system—especially during the pandemic. That program is named the Nicole Mitchell Faculty Support Fund in honor of the basketball player’s mother.

In spring 2020, Mitchell donated funds to ensure students in Utah’s Granite School District, more than 67,000 children in all, were able to get a healthy meal even as schools shut down. He also donated proceeds from his Adidas D.O.N. Issue #2 sneakers—the acronym stands for “Determination Over Negativity”—to support the education of the children of Jacob Blake, a Black man from Wisconsin who was shot and seriously injured by police last August; students of color at the University of Louisville and teachers at preschools in Connecticut and the Bronx. He regularly supports those in need through his SPIDACARES organization; “Spida” is Mitchell’s nickname.

Mitchell has joined other advocates, including now Vice President Kamala Harris, in speaking out about educational, economic and social injustices. Mitchell is a member of the inaugural board of the National Basketball Social Justice Coalition.

Mitchell was a collegiate star at the University of Louisville and was named First Team All-Atlantic Coast Conference as a sophomore. Mitchell entered the NBA draft in 2017 and was selected as the No. 13 overall pick by the Denver Nuggets, who immediately traded him to the Jazz. Mitchell received four Rookie of the Month awards in his first year in the NBA and finished second in Rookie of the Year voting. In 2018, Mitchell won the NBA Slam Dunk Contest. He has been an All-Star for two of the four years he has been in the league. He has received three NBA Player of the Week recognitions and was selected to the NBA All-Star Game for the second straight season in 2021.

The commencement speaker is invited by the president in consultation with students, trustees and the administration. When choosing a commencement speaker, the committee looks for someone who will resonate with the graduating class, set a celebratory tone and bring honor to the U. 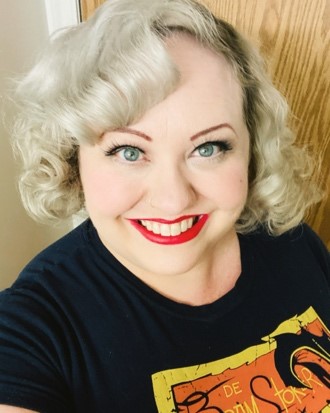 The Commencement 2021 student speaker is Kirsten Caron. Caron is from Cottonwood Heights, Utah and is a self-described queer, middle-aged, single working mother. She is graduating with a degree in psychology with a certificate in applied positive psychology and plans to ultimately become a therapist to help transgender teenagers and their families.

“When my child came out as non-binary a few years ago, I quickly realized there is a lot missing in terms of legislation, school policies and support navigating my child’s gender journey,” said Caron. “That’s what really inspired me to go back to school and to finish even after the pandemic hit. I’m incredibly proud of all of us in this graduating class for our resilience and bravery.”